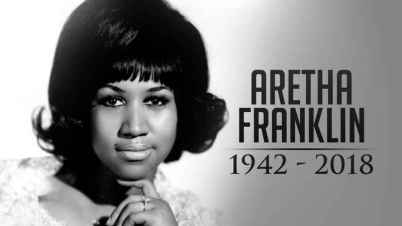 Aretha Franklin, here are my thoughts… many are personal, and sifting through my memories on the Thursday afternoon a few hours after hearing about the death of Aretha. Of course, it came to our attention a day or two ago that her health had really deteriorated. As I go back to these memories I am afraid I drop a lot of names. This was not my intention, but it does help focus my memories.

I fell in love with Gospel music in the early 1950s, and remember going to the Church of God in Christ in North Hartford, Connecticut. I.L. Jefferson was the Bishop, and there was a young organist named Hubert Powell. I mentioned my love of church music and Mahalia Jackson, and Hubert asked, “Have you heard Sister Aretha?” Having had various jobs at record stores I found a couple of her LPs on Columbia, but it was her work on Battle Records that really impressed me. She often included sermons of C.L. Franklin (her father), from the Abyssinian Baptist Church in Detroit. I remember having an incredible time in my life when, as a junior at Bard College early Spring 1959, I got a two-month apprenticeship at Atlantic Records. The main office was located at 157 W. 57th. I was hired by Nesuhi Ertegun and my immediate supervisor was Tom Dowd, who made incredible recordings with Aretha, Ray Charles, George Russell, Thelonious Monk, and the Modern Jazz Quartet. I remember at that period Ray Charles had just signed with NBC Paramount, and I believe he came to pick up an envelope when I was working there. 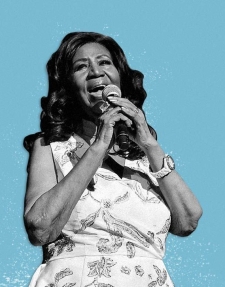 The real power at Atlantic was Ahmet Ertegun. He and Nesuhi were sons of the Turkish Ambassador. Also, there among other administrators was Jerry Wexler, who was very prominent in signing Aretha Franklin in 1966, but we’re back now at Atlantic… and either while working there or visiting Atlantic Records years later I remember Belkis Ertegun speaking about Aretha to Tom Dowd. Later, I moved to New York in 1960, and within two or three years I had the privilege of seeing Aretha Franklin live at the Village Vanguard.

I spent the last part of 1966 until July 4th 1967 touring in Europe. I remember returning to America and being met by a friend who started raving about Aretha Franklin. I was happy to hear about this, even though I had jetlag, because in the mid-60s there was not that much conversation about Aretha. We worshiped her incredible recording of Skylark on Columbia, and there were other nuggets, but when I came back to the United States it was like a cyclone hit… Aretha was everywhere. I believe I Never Loved a Man, which had been released as a single, began to gain momentum and became the title for her first Atlantic LP. Of course, it was Respect that really became the sensation of 1967. That particular album had two other wonderful pieces. Everybody admired Dr. Feelgood, but I especially liked Aretha’s original Don’t Let Me Lose This Dream. I think I had the courage to perform this tune two or three years later, but never dared to pick this back up until the summer of 2017.

After moving to Boston and working for the New England Conservatory, I was hired to be a chauffeur for Gunther Schuller at Tanglewood. I remember having a portable 45 record player, and as much as I persuaded Gunther to listen to Chris Connor, the emerging Abbey Lincoln, and Mahalia Jackson (particularly her brilliant duets with pianist Mildred Falls), most of the listening we did in the car was Aretha. This little 45 portable machine would often be right next to me when driving Gunther from Tanglewood to West Stockbridge. Soon after this, one of my favorite singles was released, Think. After a day of hearing Milton Babbitt, the Schoenberg Viennese School, and wild emerging sounds that would destroy conservative European tonality, Gunther and I were both ready to hear Aretha. I remember playing one of these 45s during an intermission at a Tanglewood concert devoted to New Music early August that year and having two or three people come up and say “Oh my, will she be coming soon?” Gunther had brought Desmond Tay and Ali Akbar Khan. I got the elder Schuller family involved in her music whenever there was a spare moment. I was thrilled to have a music that I loved that was also famous, current, and loved by everybody. Later, Aretha did so many wonderful pieces, such as Say a Little Prayer for Me and Stevie Wonder’s Until You Came Back to Me. She also recorded a double album for Atlantic, which featured a church service in Detroit with many incredible Gospel guest artists.

When visiting my family in Suffield, I got acquainted with a member of the faculty of Suffield Academy called Marnix Guillame. He had a young student come to visit me called Scott Chambers, and believe it or not 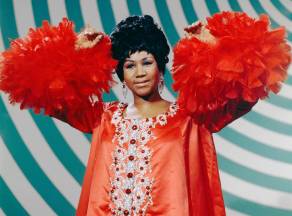 I had talked a great deal about my desire to go to Detroit, and so I went there armed with a lot of propaganda talking about the coup d’etat in Greece, deploring the involvement of the United States. Through a friend, I was able to arrange lodging at the home of George and Claudette Hill, who were neighbors at the time of Martha of the Vandellas. I think there was a radio show, but the highlight of the weekend was visiting the Abyssinian Baptist Church. The music was good, but I was spoiled the choirs of North Hartford. Then C.L. Franklin spoke. What a sermon. His silences, the changes of timbre in his voice, his perceptions on intelligentsia, a deep thinking mixed with fundamental rhythmical punctuations flipped me. I remember shaking his hand after the service, and just like when I meet other great celebrities I made sure to not wash my right hand for a few hours.

Later while continuing my work at New England Conservatory, former NEC President, Robert Freeman, agreed with me to nominate Aretha Franklin for an Honorary Doctor of Musical Arts (DMA). I forget the year. I was asked to give a nomination speech, but I felt that Dominique Eade, a marvelous vocalist, composer, educator, etc.– I felt she would be the best representation of the department and the school to extend this honor to Aretha Franklin. I hear that she was very gracious, and unlike her performance at Village Vanguard where she cussed out a blue-eyed teenager, she was the model of decent politeness. I remember saying “I can’t wait to meet her at the reception”, and lo and behold she never showed up. She and her bodyguards flew to Detroit. This so much disappointed me, but I couldn’t believe that she had the courage to go on an airplane, because through many airplane trips of my own I would always say “Aretha, I know you hate to fly.”

A while back I made a list of my favorite living pianists. Geri Allen (recently deceased), Cecil Taylor (recently deceased), Frank Carlberg, Jason Moran, Danilo Peréz on the list… of course the majestic Randy Weston (who just passed away two days ago…), but always have I admired Aretha’s playing. The way she could lay down a beat… her pulse, her passion, and her voice above all. Deep, sensuous, flexibility, several octaves… but it’s the color that she has. I could hear that in Mahalia, and Sarah Vaughan. Mid-Range, it’s a color that cannot be trained, but inherited through the history of music. Like Ray Charles, Aretha brought the church into her performances and recordings, the blues, her love of secular life and parties, her family, the extravagant parties that her father would throw when not preparing for his sermons at the Abyssinian Baptist Church, her spiritual life, which maybe was talked about, but it was inherent in her music.

Aretha was unique because she was a household name. So many important musicians, such as Thelonious Monk, became only temporarily well-known. Though Thelonious was a lasting historic figure in the American music legacy, he was still underground (although perhaps on the top of the underground). Everybody knew who Aretha was, and yet what exquisite taste and what genius. No other singer since then has inherited this very unique quality of her passion and talent.